River Dialogues is a series of radio programmes broadcast by Resonance FM (104.4). The series explores environmental and political conflict between human beings and rivers around the world.

The aim of River Dialogues is to give voice to local communities; to tell their stories and disseminate their songs, in attempt to sensitise audiences to a worldwide war on water.
Previous programmes:
The Delicateness of Water
(First Broadcast Friday 30th October, 2020)
This programmes explores a sense of the delicate in water bodies, and the delicate balance between human life and water. The programme draws on the notion of world rivers and universal waters, and their delicate state. We explore the need for a more delicate way of handling water and pore over the river songs of iconic women including Joni Mitchell, Nina Simone, Yoko Ono and Anohni.
Press here to listen.

Jakara River and the Maguzawa

(First broadcast Monday 28th of September, 2020)
Nicolas Salazar Sutil and Kamilu Hassan Hamza explore the river Jakara in Kano State, Nigeria. The programme features traditional songs of the Maguzawa or Hausa animists, including recordings of local musicians from the village of Galinja. The programme also features griot music by Mamman Shata, and clips of the UNESCO listed Argungu Fishing and Cultural Festival.
Press here to listen to programme.

(First broadcast Monday 4th of May, 2020)
Nicolas Salazar Sutil explores the mythic river Yamuna in India. This programme touches on religious, political and environmental issues related to the sacred river, known as the river of love given its association with Lord Krishna. With guest speakers Shivani Singhal and Ashish Sharma, featuring music by Lata Maneshkar, Sukhwinder Singh, Jahnvani Harrison and Pravin Godkhindi.
Press here to listen to programme.

This programme follows the mythic river Achelous, the father of rivers in Ancient Greek mythology, using binaural technology. Nicolas Salazar Sutil and Fausto Llopis discuss the struggles of local communities in Myrofillo to protect this river from government plans to deviate and dam its waters. Featuring binaural sound recording of the Achelous by Leeds-based sound artist Stuart Mellor.

Press here to listen to the programme.

Press here to listen to the programme. 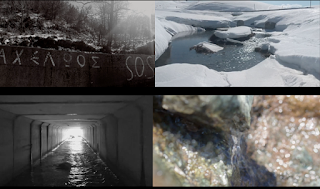 Nicolas Salazar Sutil is an author, researcher and creative practitioner. He is Fellow in the Schoo